Oliver is in Mexico and has just sent us this video of the huge Bambu Suite at the Fairmont Mayaoba which is booking now. Kirsty also stayed at this property earlier in the year and highly recommends it for families. The Banyan Tree and Rosewood next door are also on sale now with us here at Robert Broad Travel.
To read Kirsty's report from her trip click here, to visit our website with more details of the hotels click here. Call our office for your personalised quotation on 01543 258631.
Posted by Blog admin at 14:51 No comments: 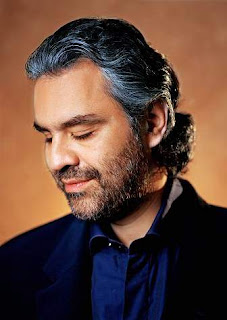 For several years, Andrea Bocelli hosted and performed in an annual concert in his home town of Lajatico in front of some 8,500 adoring fans. Last year saw an amended programme but 2012 sees this wonderful event return to its traditional format with Andrea at the heart of proceedings.  This lovely tour, based in the heart of southern Tuscany at Poggibonsi close to Siena includes a ticket to this wonderful open-air event (pictured below) together with a six-day tour of Tuscany including Florence, Siena, San Gimignano, Arezzo and Montepulciano.


Full details of the package can be found here: http://www.robertbroadtravel.co.uk/opera/andrea_bocelli_live_tuscany.htm
Posted by Blog admin at 11:11 No comments: 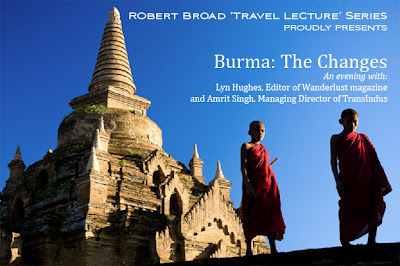 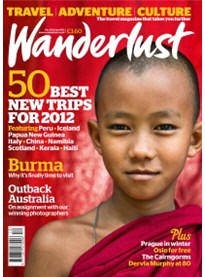 We are very pleased to confirm that Lyn Hughes, Founder and Editor of Wanderlust magazine will be joining our 2nd event in our lecture series in January.  Lyn will be one of the speakers at our next lecture which is taking place in Lichfield on Thursday 26th January.  The talk, the 2nd in our series of lectures will be concentrating on the changes taking place in Burma and why this coming year is an ideal time to visit the fascinating country.


Accompanying Lyn will be Amrit Singh, Director of TransIndus.  Amrit was born in Burma and visited family there earlier this year along with Lyn and the result was a wonderful feature in the current issue of Wanderlust magazine (pictured right).


This was the first time that Amrit had visited the country in 5 years.  With many developments taking place.  We look forward to hearing from Amrit the changes she noticed, and from Lyn as a seasoned traveler yet a first time visitor to Burma.

We have limited tickets available which are complimentary for RBT clients, their friends & family (£5 for non clients).   You can book your tickets online by clicking here.
We do hope you can join us for what will be a very unique and interesting evening.  If you are interested in visiting Burma for yourself click here or call Dave on 01543 258631 or email dave@robertbroadtravel.co.uk 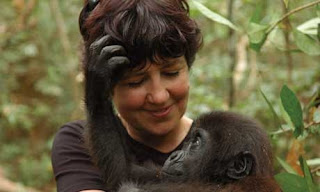 About Lyn Hughes...
In 1992 Lyn and her late husband, Paul Morrison, were bored on a flight to South America and so schemed out their ideal travel magazine on the back of a sickbag. The idea stuck and, returning to the UK a few months later, they launched Wanderlust magazine from their spare bedroom.
The magazine gradually grew through word of mouth, and went on to be one of the UK’s leading travel magazines, with numerous awards under its belt.
After a long fight with cancer, Paul Morrison died in December 2004 and Lyn took on the roles of managing director and publisher, as well as editor-in-chief. In 2007 and 2008, Lyn was Highly Commended as Publisher of the Year. The Times lauded Lyn as one of the "50 Most Influential People in Travel."A fellow of the Royal Geographical Society, Lyn is still a writer and photographer in her own right. She is regularly consulted by tourist boards and governments on travel-related issues, especially regarding ethical tourism. She sits on several committees, including LATA (the Latin American Travel Association), VJC (the Visit Japan Committee) and IPAC (the Independent Publishers' Advisory Council).
During the course of Lyn’s own travels she has been attacked in the night by soldier ants in Africa, spent the night in a sailor’s bar in the Azores, and been chased over a barbed-wire-topped 6ft-bank by an angry Irish bull. Her idea of hell would be a week on a beach.
Posted by Blog admin at 00:01 No comments: 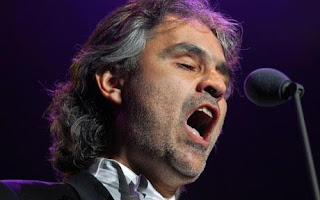 The perfect Christmas present!  Recently it was announced that Andrea Bocelli will perform once again in Tuscany in July 2012  We are currently taking pre-registrations for that package (click here).  In the meantime we have a wonderful trip to see Andrea Bocelli perform in Romeo & Juliet in Genoa in Februar 2012, see below for more details...

Andrea Bocelli is making an increasingly rare performance in a wonderful opera this coming February at the historic Teatro Carlo Felice (picture above) in Genoa in a production of Romeo and Juliet by Charles Gounod. As well as a top price stalls ticket to this wonderful event, the tour includes time to explore the very fascinating city of Genoa and two excursions – to the incomparable Cinque Terre villages and the chic harbour town of Portofino and Santa Margherita.


Itinerary...
DAY 1 Fly from Gatwick to Genoa and transfer by coach to the hotel for check in for 4 night stay on bed and breakfast basis.

DAY 2 Morning guided walking tour of Genoa. Afternoon free before evening performance (at 8.30pm) of Romeo and Juliet, featuring Andrea Bocelli. Transfers not included to allow individual time in the city for dinner before the performance.

DAY 4 Full day tour to the stunning Cinque Terre villages by bus, boat (subject to weather) and train along the coast stopping off at the different villages (only four currently open but these are now completely recovered from the recent adverse weather).

DAY 5 Morning free until transfer from hotel to the airport for return flight to London Gatwick.


INCLUDED IN THE PRICE
Return scheduled flights with British Airways from Gatwick to Genoa including all payable taxes
4 nights’ accommodation on bed and breakfast at the first class Starhotel President, Genoa, based on shared occupancy of twin room.
Airport transfers in Genoa and itinerary as detailed above
1st category stalls ticket in yellow sector (plan attached) for the opera performance of Romeo and Juliet at the Teatro Carlo Felice, Genoa.
Tour manager throughout


Hotel...
STAR HOTEL PRESIDENT, GENOA
This short tour is based in the centre of Genoa at the modern, 4-star Starhotel President, located about 10 minutes’ walk from the opera house. This well-run hotel offers spacious public areas, bar, restaurant and well-appointed bedrooms with private facilities, TV, telephone, minibar and safe. Price based on shared occupancy of twin room.

Venice (including Londra Palace Hotel), a set on Flickr.

"Here is my collection of photographs taken during my visit to Venice last month. The sun came out and I was able to get some great shots! Also featured is the Londra Palace Hotel, look out for the room with the amazing ceiling detail!

Photographs from our Director Nathan's recent visit to South Africa where he experienced the Rovos Rail, visited the Kruger National Park and Cape Town.